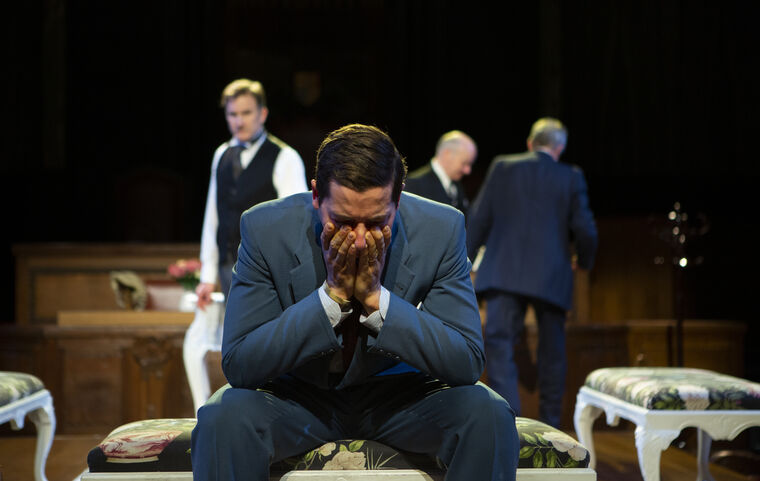 History isn’t short on murders that remain unsolved. They often capture our attention for their shocking, heartbreaking and strange circumstances.

But it’s not often that you get the chance to sit in on a trial.

If you’re looking to experience what it’s like to watch a trial unfold, book your tickets to ‘Witness for the Prosecution’ - the very best of the mystery plays on offer right now and puts you right at the heart of the courtroom drama.

We’ve put together a list of some of the most infamous and not so well-known unsolved murders to get you in the mood for hearing the crime and the evidence - it’s up to you to decide what truly happened.

Probably the most famous serial murder mystery of all, the killings which took place in London 1888 have cemented themselves in the world of crime as one of the most infamous murder cases of all time. This series of murders targeted prostitutes whose bodies were brutally mutilated and ‘Jack’, so-called in a letter which made its way into the hands of the media, gained worldwide notoriety by coverage in the newspapers. It’s been the subject of books, plays, television programmes, films…but the case has to this day never been solved.

In the late 1960’s San Francisco was rocked by the murder of two teenagers, but instead of laying low, the killer sent taunting coded messages (his signature mark a crossed-circle symbol) to the police department by having them published in the local newspaper. More murders took place to which The Zodiac Killer continued to confess and he even left anonymous phone calls, yet still remained elusive to the police. It’s drawn so much attention it has its own dedicated website and the events were made it into a Hollywood film starring Jake Gyllenhaal, Mark Ruffalo and Robert Downey Jnr. The case has never been solved.

The murder of Marie Rogêt

Paris, 1841. The battered body of a young woman is found in the Hudson River. She’s identified as Marie Rogêt, the ‘Beautiful Cigar Girl’ who worked at a tobacco shop in downtown New York. Her beauty had afforded her almost celebrity-like status, and as such the circumstances surrounding her death attracted the attention of author Edgar Allan Poe who popularised the murder even further in his novel ‘The Mystery of Marie Roget’. He attempted to solve the mystery himself through his writing but the case has never been solved.

A drive-by shooting in Las Vegas, Nevada saw the killing of “the most influential rapper of all time”, 90s musician Tupac Shakur. He survived the shooting but died 6 days later in hospital. There are conspiracy theories that state Shakur is still alive and in hiding but this has never been proved and neither has the mystery surrounding his death.

Let’s travel back to the 1560’s and to the capital city of Edinburgh. The second husband of Mary, Queen of Scots, Lord Darnley was self-involved, unreliable and extremely arrogant, earning himself an unpopular reputation amongst both the court and population of Scotland - so perhaps it wasn’t a surprise when he was murdered. The interesting quirk of this murder mystery is that the house he was staying in was blown up yet this wasn’t what killed him. The same night as the explosion, Darnley’s body was found alongside that of his valet, a cloak, a dagger, a chair and a coat in the garden of the property. He was dressed only in his nightshirt. Mary was implicated but never proved as having been involved in his murder, and it remains to this day as a 500-year-old mystery.

Dr. Sam Sheppard was convicted of murdering his pregnant wife Marilyn in 1970 as their son slept in the next room. But due to the excessive publicity the trial received, it was deemed that his conviction had been unfairly influenced and was overturned by the Supreme Court. After being acquitted at retrial Sheppard continued to try and find his wife’s murderer without success and her death remains a mystery.

The UK was shocked when in 1999 popular TV presenter Jill Dando was shot and killed with a single bullet outside her home in west London. A manhunt ensued and over a year later the investigation moved in on Barry George who lived near to Dando’s house. A loner with previous stalking offences on his record, George was convicted – but a lack of evidence overturned his conviction and so the case remains unsolved.

It sounds like something from medieval times but this murder took place on Valentine’s Day 1945 when the body of Charles Walton was found with his head severed almost from his body. Residents of the area were suspiciously reluctant to talk to the police, and those that did became mysteriously ill after. The investigating officer was pointed to historical references of local witchcraft, wrapping the case in a layer of mystery but despite collecting over 4,000 statements, the killer was never found.

The murder of six-year-old pageant contestant JonBenèt Ramsey shocked not only America but the whole world. Found in the basement of her home with trauma to the back of the head and evidence of strangulation, fingers were first pointed a close family members as possible perpetrators. But DNA evidence soon cleared her parents of wrongdoing and evidence against her brother was thin. The murder remains unsolved.

Takabuti- an Egyptian mummy in Ireland

Brought to Irish shores through a trade during the Napoleonic wars, the hieroglyphs painted on the coffin of an Egyptian mummy were deciphered as holding the remains of a wife of a Thebes nobleman. But it was when scientific analysis took a closer look it was discovered that not only had she been stabbed in the back, she had died as a result of an axe-inflicted wound. We’ll never know who the murderer was as they’re now lost to wheels of time - so the case of Takabuti will never be solved.

If our list of top ten unsolved murder has intrigued you. Why not check out one of the best murder mystery shows currently on in London – ‘Witness for the Prosecution’, it’s a unique opportunity to feel the intense drama of a courtroom trial, set in the iconic County Hall.