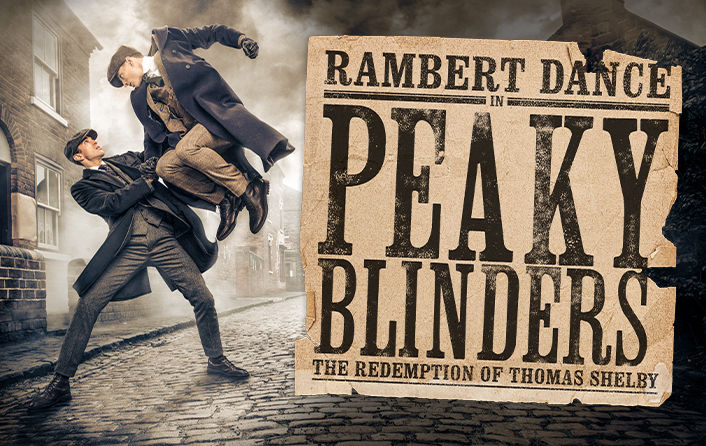 Peaky Blinders is a violent, gripping and intense crime show with a cult following. Based on the Birmingham underworld in the late nineteenth century, the story of Peaky Blinders offers plenty of twists and turns and has recently been transformed into a dance production live on stage. Avid fans will know all about Thomas Shelby and his criminal family, but here are four behind the scenes facts you might not have been aware of.

Thomas Shelby’s haircut has become somewhat iconic, but actor Cillian Murphy really wasn’t keen on the short back and sides look complete with a cropped top that remained several inches long. Despite sporting it for five seasons, Murphy admitted in several interviews that he didn’t see the obsession with the cut. Apparently this haircut was so popular among working class men of the time because lice were extremely prevalent and therefore shorter styles were preferred. It had nothing to do with fashion or style, despite the overall dapper image of the Peaky Blinders gang, which was also part of their identity.

2. Most of the Filming Took Place Outside of Birmingham

The Peaky Blinders series is very much based on Birmingham’s underworld and the criminal activities which sprung up out of poverty. That said, the actual filming of the show largely took place in the North and the North West of England in areas such as Liverpool and Manchester. According to producers, the historical city they wanted to capture simply doesn’t exist in Birmingham anymore, as the city has become too modern. More northern regions, however, have maintained that industrial, post WW1 England feel that was so important to the producers.

3. Cillian Murphy Fought for his Role

Many well-known people auditioned for the Peaky Blinders series, including Tom Holland who is now best-known for playing Peter Parker/Spider-Man. While the part he auditioned for remains a mystery, it’s clear that Cillian Murphy had to fight for his role as Thomas Shelby. One of the main reasons for this, apart from competitors, is that Cillian is nothing like the character he plays. Indeed, he actually sent a text message to creator Steven Knight to remind him that it didn’t matter if he was different to Shelby as he was an actor. And the rest is history, as they say.

Sam Neill, who stars as Inspector Campbell in the first two seasons of the show, found it difficult to nail the strong Belfast accent of his character despite the fact he was born close by (although he did move to New Zealand when he was young). In order to perfect his role, he called upon fellow Irish actors Liam Neeson and James Nesbitt to help him get his Irish brogue just right. When watching the show now, it’s hard to believe that he had any problems during rehearsals.

If you love Peaky Blinders, get your London play tickets today and enjoy a show to remember. Created by Steven Knight and based on the TV series, the gangland activities of Thomas Shelby are uniquely brought to life through dance.