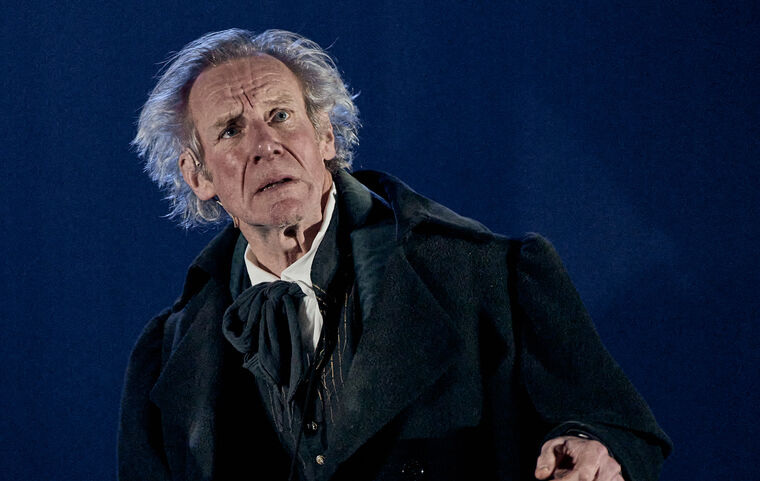 Love a good old scary ghost story? Then come check out A Christmas Carol live in theatre. Book your tickets for this epic thrilling show now!

If you’re someone who loves ruffling some festive feathers, you’ve come to the right place as a new adaptation of Charles Dickens’s ‘A Christmas Carol- a ghost story’ plays at Alexandra Palace this winter.

In a new twist, Olivier award-winner Mark Gatiss (Sherlock, The League of Extraordinary Gentlemen, Dr Who) sensationally adapts for the stage a supernatural play which pays homage to the true intention of this much-loved classic.

Directed by Adam Penfold and featuring an ensemble cast, the Dickensian appetite of the past for spine-tingling drama the story is delivered to the present-day through glorious layers of puppetry and illusion, dance and movement. A truly thrilling show to remember far into the future.

In honour of this new production, we’re showcasing the very best of ghostly writings the world of literature has to offer to get you in the mood for some spine-tingling this festive season.

A Christmas Carol – a ghost story by Charles Dickens

In spooky celebration of the stage adaptation we’ve mentioned above, the first on the list is the novel itself. Written as a tale of caution against the greed and ignorance of the Victorian upper classes, Dickens intended for this novel to be read as a ghost story first, a Christmas story second. If you’re wanting a classic story of redemption, this is the one for you. It’s as simple as 1,2,3 ghosts.

Forget Dracula, this novel pre-dates Stoker’s novel by 26 years and is hailed as the first true vampire story. With a sick father as her only company, Laura spends much of her life alone in an Austrian castle deep in the woods, until one night when her path crosses with the beguiling Carmilla. At first Laura delights in the new-found friendship with this mysterious woman. But as time goes on, she finds herself growing weaker and plagued by nightmares, with a voice ringing in her ears: “Your mother warns you to be aware of the assassin” . Is Carmilla really who she seems? A gothic romance at its truest.

The Tale of the Tailor and the Three Dead Kings: a medieval ghost story by Dan Jones

Renowned historian Dan Jones turns his writing hand to historical fiction with this version of a fifteenth-century ghost story. There was no shortage of storytelling in the medieval period and this particular one tells the tale of a tailor who on his way home, is knocked off his horse by a raven who then turns into a monstrous dog. The dog tells him to visit a priest for absolution or else there will be consequences. Written with Jones’s usual flair for pacy narrative, this piece of prose is perfect if you’re a fan of historical fiction.

The Canterville Ghost by Oscar Wilde

The much-admired but misunderstood Victorian poet and playwright turns a classic ghost story on its head in a comedic romp around the fictional manor of Canterville Chase. The ghost of Sir Simon de Canterville gets a taste of his own medicine when the new American family who have moved in begin to fight back and terrorise him in his own home. It’s everything you would expect from Wilde – wit and charm all wrapped up in a ghostly bow.

The Haunting of Hill House by Shirley Jackson

The source of multiple movie adaptations, The Haunting of Hill House is a mid-century ghost story of paranormal power. Strange writings, noises, possession make this novel, according to The Wall Street Journal as “…widely regarded as the greatest haunted-house story ever told”. Need we spook more?

Looking for a way to give yourself the chills? Don’t forget there are still tickets for Mark Gatiss’s adaptation of ‘A Christmas Carol – a ghost story’ available here.