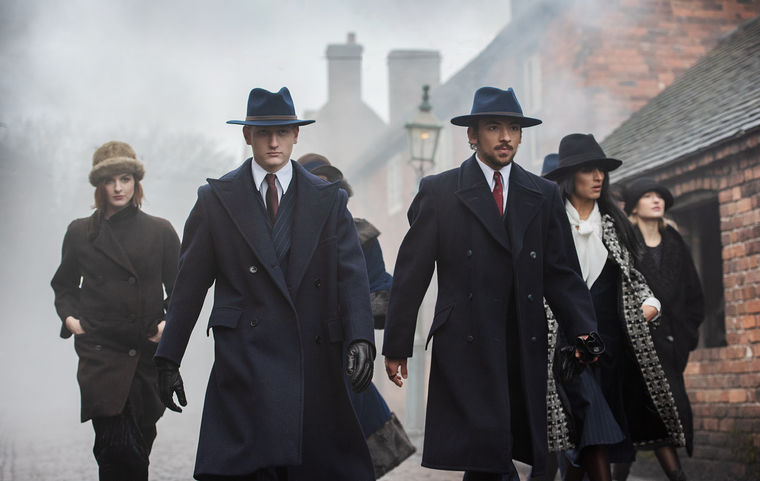 From Agatha Christie to Richard Osman, crime novelists are plentiful, but which titles should you be adding to your reading list? Here are five of the best.

The story of Peaky Blinders is a crime show TV series that has gripped the nation. But you can find out more about this fashionably dressed yet formidable Birmingham family gang by reading Peaky Blinders - The Real Story. Well-known social historian, Carl Chinn, has spent decades researching and in this book, he reveals the true story of the notorious Peaky Blinders, one of whom was his own great grandfather. And, like the Shelbys, his grandfather was an illegal bookmaker in back-street Birmingham.

2. Evil Under the Sun by Agatha Christie

Written before the second world war, this Poirot novel is full of mysterious characters hiding overboiling emotions. The plot contains masterful misdirection to throw you off scent and while the murder victim is obvious from the start, Agatha Christie’s whodunnit? style is ever-present. Set against the blue skies and sandy beaches of the Devon coast, it’s hard to imagine such a heinous crime could take place here.

It’s Friday, 5pm. You’re being interviewed for the job you always wanted, in an office thirteen floors above the city. There’s nobody else around but you and the interviewer, and their questions are getting stranger and more unsettling. Your fear is rising, and the only route out is to answer a seemingly impossible question. This is a nail-biting thriller that will instantly transport you to a whole different world.

4. The Streets by Jaquie Rose

As the author of six gritty British crime novels, Jacqui Rose is renowned for her impactful and carefully thought out plots. The Streets is a hard-hitting gangland thriller which follows Jo Martin, ten years after her release from a life sentence in prison. Except she isn’t Jo anymore. With a new appearance and a new identity, Jo can be anyone she wants, but who did she become? With lingering questions and teasers throughout, this is a page-turner you won’t want to put down.

5. Edge of the Grave by Robbie Morrison

Perfect for fans of Peaky Blinders, Robbie Morrison’s debut is a dark, historical crime novel set in a Glasgow still recovering from the horrors of war. Split by religious decision and swarming with razor gangs, the city is dangerous, providing the perfect backdrop for the murder of a wealthy shipbuilder’s son-in-law. When Inspector Jimmy Dreghorn is assigned to the case, his troubled history with the victim’s widow may cause problems.

If you love all things gangland, don’t forget to book your tickets to Peaky Blinders: The Redemption of Thomas Shelby, a dance act now playing at Troubadour Wembley Park Theatre.