5 reasons to watch Newsies in London 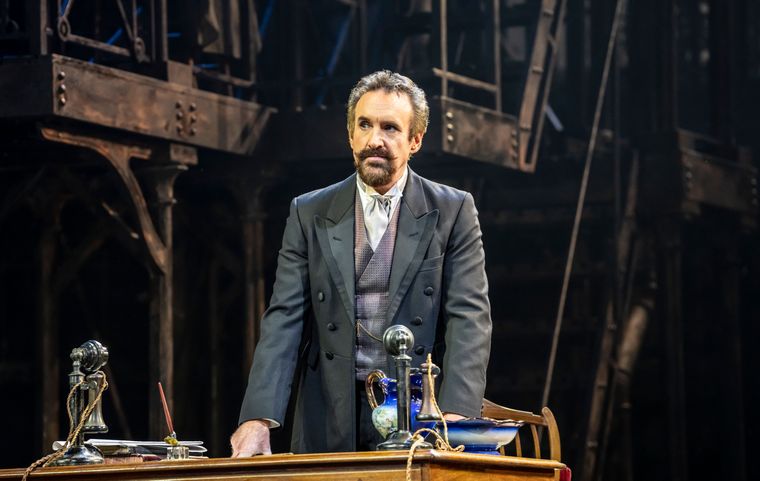 Disney’s Newsies may be remembered as a film flop starring a young Christian Bale, but the stage adaptation of this historical musical couldn’t be more different. Reimagined for Broadway, this Tony Award-winning show is now playing at the Troubadour Wembley Park Theatre, bringing audiences an immersive experience that places them at the heart of the action in New York City.

The Newsies musical is based on the real-life events of the newsboys’ strike of 1899, telling the story of Jack Kelly and his ragtag band of newsies, who rise up against corrupt publisher Joseph Pulitzer when he raises the price of his newspaper bundles. Whether you’re familiar with the story and the songs or not, don’t miss out on the chance to enjoy this spectacular event. Here are some great reasons to get your tickets today.

Behind the Newsies score is beloved composer Alan Menken, whose Grammy Award-winning works include the songs from The Little Mermaid, Beauty and the Beast, Aladdin and Tangled. It’s not an overstatement to say that his work is iconic, and the songs of Newsies are the catchy and memorable tunes you’d expect. Anthems like ‘Carrying the Banner’ and ‘Seize the Day’ will certainly stir your emotions and have you rooting for the newsies in no time.

Headed by Michael Ahomka-Lindsay, the cast is a pleasure to watch, bringing verve and credibility to the characters. Ahomka-Lindsay delivers ‘Santa Fe’, a spine-tingling ballad, with conviction and clarity, while Bronté Barbé, who plays Jack’s love interest Katherine, sings with strength and soul. Then there’s Cameron Blakely, who excels as the greedy, steely Joseph Pulitzer.

Audiences expect upbeat, exciting choreography from a Disney show, and the Newsies surpasses even the highest expectations. Lovers of all types of dance will be satisfied: there’s ballet, tap, street dance and acrobatics, all performed with both cheeky charm and pinpoint precision. Choreographer Matt Cole uses the space inventively too, with cast members dashing down the aisles, swinging from light fixtures and more.

The Troubadour is a large venue, but it’s used beautifully in this production. As Greg Stewart of Theatre Weekly puts it, “there are newsies everywhere you look; above, below, beside…”, and the set features as its centrepiece a gigantic scaffolding structure that evokes the alleys of turn-of-the-century New York. Set pieces emerge from all directions – including the ceiling – and the design opens out to reveal Medda Larkin’s club. All this adds to the captivating dynamism of the production.

Newsies has opened to a raft of praise from the press. Marianka Swain from London Theatre described it as ‘a huge, spectacular show which proves, once and for all, that musical theatre is good for the soul’, while Alice Saville of Time Out described it as ‘a rousing metaphor for collective action’.  Alex Wood of What’s On Stage praises the venue as well-chosen, and calls Newsies ‘the best musical about strikes since Billy Elliot’.

See for yourself why the Newsies Broadway musical was such a hit – book your tickets to Disney’s Newsies at the Troubadour Wembley Park Theatre today.