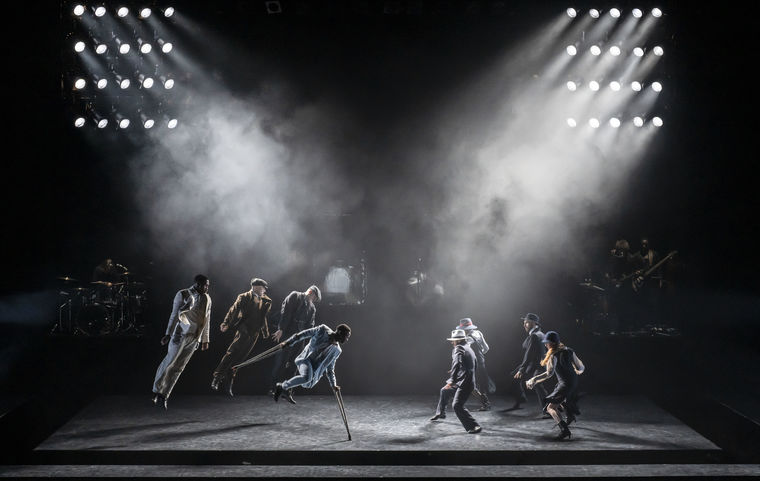 A lot of hard work goes into making a show like Peaky Blinders. The production team carried out extensive research to ensure each scene looked authentic. The effort paid off, and the show was hugely successful; so much so that it’s now made a debut among the London theatre shows in the West End. Let’s take a look at some of the things you may not know about the making of Peaky Blinders.

1. The show was based on real memories

Writer Steven Knight based Peaky Blinders on stories he was told as a child. In particular, the inspiration came from a story his dad told him, about how as a child he was sent with a message to his uncles, who were then known across the city as the Peaky Blinders. He found them, looking sharply dressed in an impoverished area of Birmingham, with a huge pile of coins on the table. That image formed the basis of the show.

The actors playing John Shelby and Michael Gray are real-life brothers. Joe Cole, who plays John, was cast in Peaky Blinders a couple of years before his brother Finn joined him as his on-screen cousin Michael.

The characters in Peaky Blinders smoke an awful lot, meaning the actors had to smoke dozens of cigarettes for takes. According to Esquire, Cillian Murphy is estimated to have smoked around 1,000 cigarettes in one season alone. It’s just as well, then, that they’re specially made from herbs and provided by the prop department, so the actors don’t inhale harmful carcinogens.

Aunt Polly is a fan favourite in the show, with her fearless yet somewhat mysterious character. Helen McCrory once revealed that she watched clips of Ozzy Osbourne to perfect her Birmingham accent, and joked to the Daily Mail, “My character’s obviously Ozzy in a skirt.”

Playing such an intense and violent character left Cillian Murphy drained after the filming for each season. The actor told BirminghamLive that Tommy Shelby is “an incredibly exhausting character to play…I always come out of it destroyed”. There can be little doubt, however, that the result of all his hard work is a world-class performance.

Although Tommy sits down for mealtimes in the show, he’s never seen eating apart from the two times he tastes black root. He is, however, seen drinking – over 200 times in the series.

7. David Bowie was a huge fan of the series

David Bowie was a big fan of Peaky Blinders, and gave creator Steven Knight permission to use his music in Series 3. Knight was even given an early hearing of Bowie’s final album before it was made public.

If you’re a Peaky Blinders fan like David Bowie, don’t miss Peaky Blinders: The Redemption of Thomas Shelby, now playing at The Troubadour Wembley Park Theatre. It’s one of the best West End shows of the season, combining dance and drama to tell the story of Tommy and Grace. Book your London theatre tickets today.