A brief history of Syon Park 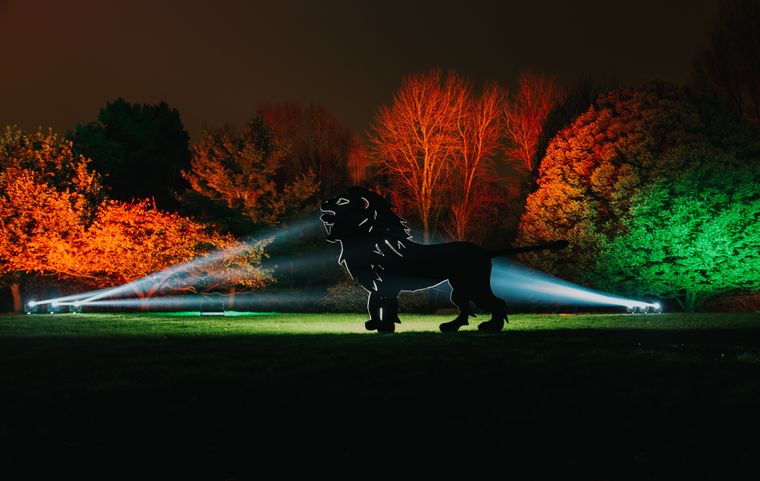 Once again, the Enchanted Woodland is returning to Syon Park, delighting visitors with the beautiful colours and illuminations set up in the arboretum. The mile-long route showcases the park’s ancient trees, and finishes up at the magnificent Great Conservatory. This year there’s also a food village where you can feast on pizza, burgers, churros, bao buns and more.

The Enchanted Woodland is open for just three weekends in November, and for those who require it, there are special ‘quiet sessions’ on 18 and 25 November. Tickets are in high demand for all entry times, so make sure you book yours today!

Syon Park is a fascinating and historic place for the Enchanted Woodland event. Let’s take a closer look at its history.

The Bridgettine Abbey of Syon

Syon Park was originally home to a Bridgettine abbey, built in the time of Henry V. A great centre for scholarship, it became a site of pilgrimage, with huge congregations listening to sermons in English. During the dissolution of the monasteries, however, the community at Syon was dissolved and, upon Henry VIII’s death in 1547, the land was passed to Edward Seymour, Duke of Somerset. He began the process of transforming the abbey into a private house and developing the gardens.

In 1594 Syon passed to Henry Percy, the 9th Earl of Northumberland. At this time the house was essentially the building we see standing today, while the gardens were formal in the French style. Syon Park survived the Civil War, but fell into disrepair over the years until was inherited by the 1st Duke and Duchess of Northumberland in 1750. They set about redesigning the house and gardens, commissioning Lancelot ‘Capability’ Brown to create a more fashionable estate. Over the course of 20 years, he extended and enhanced the gardens, adding ornamental lakes, the Pleasure Grounds and more.

The 19th century and beyond

In the late 18th century, exotic trees and shrubs began to arrive in the gardens, brought from North America. As trade grew in the East, species from the Himalayas and China were introduced too, such as the Pterocarya and Zelkova. Many of the trees planted in this era can still be seen in the park today.

Some of Syon’s trees are Champion Trees, the largest of their kind in the country. Despite the importance of trees on the estate, planting was neglected at times during the park’s history. Today, an extensive programme of replanting is underway, with the number of tree species in the park more than doubling in the past 15 years.

If you’d like to discover the beauty and magic of the Enchanted Woodland, you can buy tickets today with KX Tickets. As a specialist ticket seller for London theatre shows and events, we have tickets to a wide range of London shows, from musicals and dance to drama and comedy. The Enchanted Woodland is just one of the outdoor events that you can buy tickets for via our website.