Tickets on sale for A Christmas Carol at Alexandra Palace 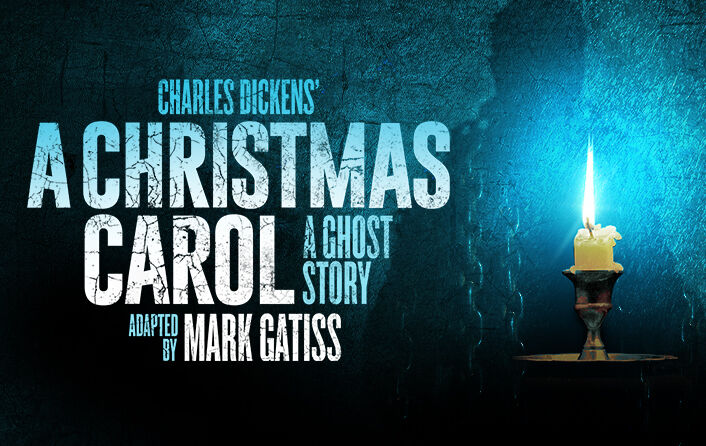 Originally scheduled to open in 2020 the production will premiere at Nottingham Playhouse on 29 October, ahead of its London premiere at Alexandra Palace on 26 November.

Olivier award-winner Mark Gatiss (Sherlock, The League of Gentlemen, Doctor Who) stars as Jacob Marley in his own retelling of Dickens’ classic winter ghost story alongside Nicholas Farrell (Chariots of Fire, The Crown, The Iron Lady and 37 Days) as Scrooge; James Backway (Holes, The Taming of the Shrew, War Horse) as Fred; Angelina Chudi (Dear Elizabeth, Patricia Gets Ready (for a date with the man that used to hit her)) as Caroline; Jo Eaton-Kent (The Watch, Don’t Forget the Driver, Carousel) as the Ghost of Christmas Past; Zak Ford-Williams as Tiny Tim; Aoife Gaston (Barbarians, Love & Information) as Belle; Christopher Godwin (Amadeus, This House, The Dig) as the Narrator; Edward Harrison (Wolf Hall, Bring up the Bodies, Holes, Skellig) as Bob Cratchit; Sarah Ridgeway (HALO, Fury, The Captive Queen) as Mrs Cratchit and; Joe Shire (Witness for the Prosecution, The Island) as Ghost of Christmas Present. Filled with Dickensian, spine-tingling special effects, prepare to be frightened and delighted in equal measure as you enter the supernatural Victorian world of A Christmas Carol.

It’s a cold Christmas Eve and mean-spirited miser Ebenezer Scrooge (Nicholas Farrell) has
an unexpected visit from the spirit of his former business partner Jacob Marley (Mark Gatiss). Bound in chains as punishment for a lifetime of greed, the unearthly figure explains it isn’t too late for Scrooge to change his miserly ways in order to escape the same fate, but
first he’ll have to face three more eerie encounters...

A Christmas Carol is the latest collaboration between Gatiss and Penford following Nottingham Playhouse’s award-winning production of The Madness of George III in 2018. The production is designed by Paul Wills, lighting design by Philip Gladwell, sound design by Ella Wahlström, video design by Nina Dunn, movement direction by Georgina Lamb, composition by Tingying Dong, Sam Stevenson is the casting director, Matthew Forbes is the puppet director, Tom Atwood is the music director and Jasmine Teo is the associate director.

Over Christmas the production will transfer to Alexandra Palace. Originally built in 1875, the Alexandra Palace Theatre has been reawakened and its Victorian features have been restored, making it the perfect backdrop to experience this landmark production.

Dont miss out on this Christmas classic for all the family, book your tickets below!