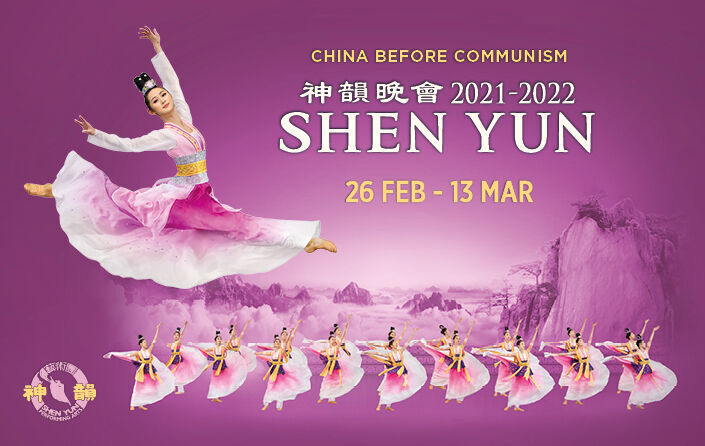 Get ready to witness the drama and magnificence when East meets West as the energy-packed Chinese dance show, Shen Yun comes to London’s Eventim Apollo this February.

Did you know we’ve just entered the Chinese Year of the Tiger? 12 animals make up the Chinese zodiac calendar and much like our familiar western horoscope signs, they are to this day in China celebrated as messengers of fate and destiny.

Each animal represents the type of person you might be, so read on. In honour of this stunning show returning to London, we’ve pulled together a flavour of this wonderful culture’s interpretation of animals which have been revered for centuries.

The year you were born will determine your Chinese zodiac sign.

Ooh you inspire confidence in people and are conscientious. You’re seen as reliable and fair, although a little opinionated! Hardworking and doesn’t seek praise, you also have a tendency to be a little unsociable.

2022 is the year of the tiger and you can walk the walk! A natural born leader, you can meet a challenge head on. You also have huge capacity for love and and generosity. You’re a big softie at cat heart!

Do you have a serious streak? As that’s what you have if you’re born in any of the years listed above. A deep thinker, shy and conservative you’re the biggest dreamer of the zodiac calendar.

Magnetic and mischievous, the Monkey whilst playful is also highly observant of others and exceptionally clever. Expect practical jokes one day and deep, soul-searching chats the next.

An absolute social butterfly, your family and friends look to you for good times but also when they need trusted advice. One of the hardest workers in the calendar, you are sensitive to others but also a little stubborn.

Ahhh the creative sign. You’re totally chilled out and gentle with others. You might be shy when it comes to confrontations but that’s ok as your compassion makes it hard for people to dislike you.

Oh hey good lookin’. You’re generally seen to be the most alluring of the Chinese zodiac signs. A planner at heart, you can also be flexible (you are a bendable snake after all!) Discreet yes, but also with a reputation for a little bit of laziness.

The most famous of all the signs, power is right at your core centre. Independent yet also a fan of receiving and giving love and support, you are seen as the luckiest sign of all. Romance fuels you. Ambition drives you.

You exude positivity. Maybe a little bit clumsy at times but your heart is always in the right place and that’s why people look to you for help. Your emotions are changeable but you don’t hold grudges so find you can trot along nicely in life.

Speedy and skilful, you’re also gentle and quiet. In Chinese culture, rabbits represent the moon because of their purity. Outsiders may see you as weak but they’re just not able to see you’re actually quietly confident.

You’re a faithful, reliable soul and feel keenly rights and wrongs of the world, although sometimes this can lead to feeling a little bit pessimistic. A natural leader, being physically active is important to you – after all you need the strength as you do like showing people the way!

Did someone say heart of gold? That’s you! Carefree and honest to the core, you have bravery running through your veins. Although you can have a tendency to be a little too self-reliant and stubborn. Remember it’s ok to let your guard down.

So there we have it. A flash insight into the mystical signs of the East. It’s in the Chinese show Shen Yun you’ll see some of these powerful, mythical animals celebrated with magical movement and music.

Taking one of the oldest art forms in the world and fusing it with epic staging, the beautiful Shen Yun performance will take you on a journey through the history of a culture rich in beautiful colours, magic and wonder.