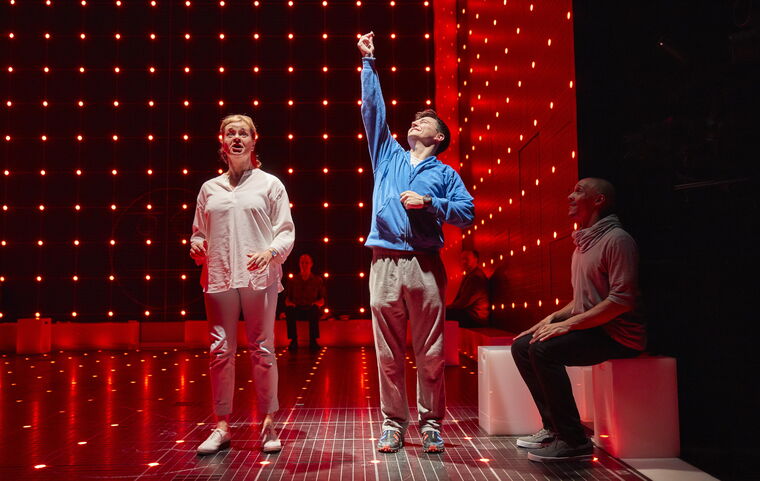 Do you love watching mystery movies or shows? Come and join us to see this extraordinary mystery play live. Book your tickets today!

Whether you’ve always been a fan of a mystery plot, or if you are new to exploring the world of crime there’s something for everyone when it comes to trying to solve riddles of secrecy, cover ups, suspects and murder weapons…

In celebration of the award-winning crime fiction play ‘The Curious Incident of the Dog in the Night-time’ currently enjoying a run at the Troubadour Wembley Park Theatre in London, here are our five must-see mystery movies to get you in the mood for a trip to the theatre.

Where do we start? One of the most famous detectives ever written, or to have graced the screen. Arthur Conan Doyle’s much-loved resident of 221B Baker Street has seen many actors take on the title role of the eccentric Victorian sleuth, or indeed that of his trusty sidekick Dr. Watson. For classic watching we recommend Basil Rathbone’s interpretation of the violin-playing detective. Or for a modern twist there’s nothing better than Benedict Cumberbatch and Martin Freeman joining forces in the BBC television series ‘Sherlock’ to solve many mysteries across modern-day London.

What is Daniel Craig going to do now he’s resigned from being the ultimate spy? The 2019 film ‘Knives Out’ stars Craig as Benoit Blanc, a detective who has the challenge of solving a classic ‘whodunit’ case of mystery and intrigue, jam-packed with family drama. Think of the board game Cluedo set in America and you’re along the right lines. The film features a stellar cast including; Toni Collette, the late Christopher Plummer, Chris Evans and Jamie Lee Curtis, and is perfect for those who are looking for a little bit of dark comedy thrown in with their murder mystery. FYI - there’s a sequel due out in 2022 too.

3. Harry Potter and the Prisoner of Azkaban’

One to watch with the kids. Fly on broomsticks alongside Harry, Hermione and Ron as they journey through the wizarding world to unlock the mystery of an escaped prisoner who is on the loose. Adapted from JK Rowling’s series of books which took the world of children’s crime drama novels by storm with no sign of losing popularity, this film franchise has cemented its place in the modern movie Hall of Fame for being the ultimate go-to stories full of magic and mystery. True fact: adults also love Harry Potter.

When a famous illusionist is found murdered, his best friend-turned-enemy is the key suspect. But is everything as it seems? Hugh Jackman and Christian Bale join forces in this journey back in time to the Victorian era of magic, illusion and death-defying tricks which will see one of them pay the ultimate price in the race for fame. The legendary Michael Caine and Scarlett Johansson also star. A period murder mystery gem of a film.

Set to the backdrop of the hauntingly beautiful country estate Mandalay, the newly married De Winters embark on their new life together following a whirlwind romance. But married life is threatened as Mr. De Winter’s ex-wife still seems to hold power over the household, despite having died in a tragic boating accident.  Will Max De Winter’s past come back to haunt him and his new bride? Laurence Olivier and Joan Fontaine star in this psychological thriller, handled expertly by the “Master of Suspense” Alfred Hitchcock.

If you’ve been inspired by our mystery movie top choices, you can get your mystery fix LIVE by booking tickets to one of the best mystery plays to hit the UK stage, ‘The curious incident of the dog in the night-time’ .