Gatiss brings a ghostly twist to an old classic this Christmas 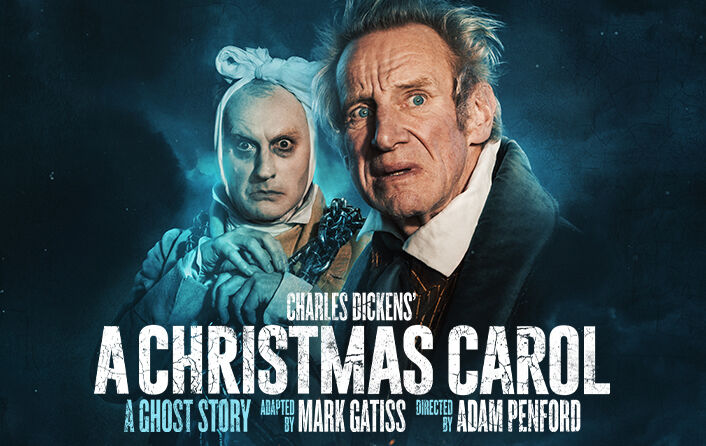 The original nightmare before Christmas. It’s not a natural pairing. Ghosts? At Christmas? Most festive revellers will be found munching on mince pies and sipping sherry from the comfort of an armchair whilst watching the Queen’s Christmas Day broadcast.

It’s not a time where souls of the supernatural show themselves to mortals here on Earth. Is it..? From novel to film, TV series to west end shows; the adaptations of a ghost story which has become one of the world’s most popular tales of caution have been many. Known more simply as ‘A Christmas Carol’ the author, Charles Dickens gave it a much longer title which has been lost in time: ‘A Christmas Carol. In Prose. Being a Ghost Story of Christmas.’

The intention is clear. Dickens clearly had a ghost story in mind. But why did he choose to take Ebenezer Scrooge, a rich and miserly old man through a long and unrelentingly nightmarish journey on Christmas Eve night?

A tale for our time.

Driven by the horrendous suffering of the poor he had witnessed in London, Dickens penned the novel in just six weeks in a passionate bid to highlight to the upper classes the plight of those living under appalling conditions such as poor housing, ill health and financial poverty.

By the time Christmas Eve fell in December 1843,  the first print run of the novel had sold out within a week. Six thousand Victorians who had been fortunate enough to receive an education and could read were settling down under the dim light and dark shadows of candlelight. Ready to be deliciously shocked and scared by Scrooge’s encounters with the spirits who come to forewarn him of what will come to pass should he not change his ways.

It’s difficult to ignore the parallels between Dickens’s world and the one we inhabit today.

Throughout the Covid-19 pandemic there has been a sharp and painfully sad spike in the number of people living in poverty. And as we get back on our feet, the world is acknowledging the effect of climate change and the role we all play in keeping our planet healthy for us and for future generations. Looking to those in positions of power to help.

We’re all being asked to face our own ghosts.

It’s often when presented with extreme circumstances we’re forced to reflect inwards. It’s easy to disappear behind closed doors into the wild joy of Christmas and forget about choices we have made, or not think about choices yet to come.

In a new twist, it’s the fusion of scariness and human struggle which lies at the heart of Olivier award-winner Mark Gatiss’s (Sherlock, The League of Extraordinary Gentlemen, Dr Who) sensational adaptation for the stage.

A supernatural show which pays homage to the true intention of this much-loved classic this new production is currently making hairs stand up on the back of audiences necks this Christmas in London this year, following a successful transfer from Nottingham Playhouse to the hauntingly beautiful and recently restored Victorian theatre at the iconic Alexandra Palace.

Directed by Adam Penfold and featuring an ensemble cast, the Dickensian appetite of the past for spine-tingling drama the story is delivered to the present-day through glorious layers of puppetry and illusion, dance and movement. A truly thrilling show to remember far into the future. When interviewed Gatiss said of the novel "…It left a profound impression on him" and the optimism, sentiment, pain and melancholy "magically combined into the perfect Christmas story."

This is a chance to witness Scrooge’s journey of redemption as it was intended to be  – as a ghost story. Is it time to give up the ghost? Never. And especially not for Christmas.

Mark Gatiss (Sherlock, The League of Gentlemen, Doctor Who) stars as Jacob Marley alongside Nicholas Farrell (Chariots of Fire, The Crown, The Iron Lady and 37 Days) as Scrooge.

The cast features Christopher Godwin as the Narrator James Backway as Fred; Angelina Chudi as Caroline; Jo Eaton-Kent as the Ghost of Christmas Past; Zak Ford-Williams as Tiny Tim; Aoife Gaston as Belle; Christopher Godwin as the Narrator; Edward Harrison as Bob Cratchit; Sarah Ridgeway as Mrs Cratchit and; Joe Shire as Ghost of Christmas Present.

‘A Christmas Carol – A Ghost Story’ plays in London at Alexandra Palace until 9th January 2022. Recommended for theatre goers looking for a ghost story show aged 12 and over.