Introduction to the cast of ‘A Sherlock Carol’ 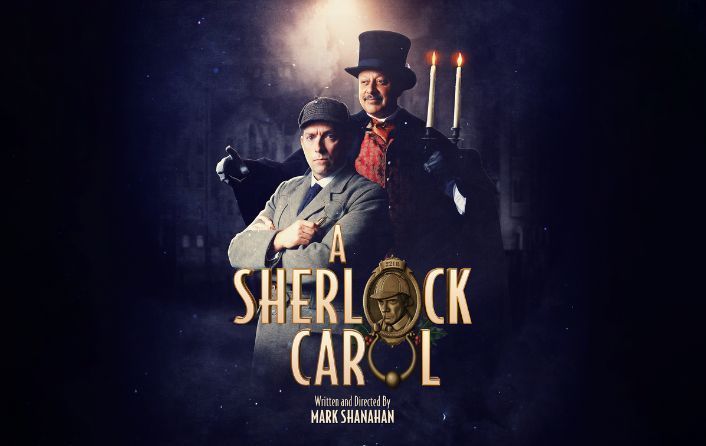 Coming to Marylebone Theatre this Christmas, the A Sherlock Carol Broadway production is sure to delight London audiences with its wit and mystery. Set several years after Dickens’ famous miser has learned the error of his ways, Ebenezer Scrooge suffers an unexpected and peculiar death. Tiny Tim, now grown up, visits Sherlock Holmes to solicit his help – but it’s a dark and sinister Christmas Eve, once again haunted by spirits of the past, present and future. Can Holmes overcome his own ghosts to solve the mystery?

A Sherlock Carol is clever, humorous and fun, and with a talented cast bringing the story to life, it’s one of the best theatre shows in London this season. Let’s learn about the cast in more detail.

Ben trained at the Royal Central School of Speech and Drama, and has enjoyed an illustrious career on both stage and screen. He appeared in the Olivier Award winning Kinks musical, ‘Sunny Afternoon’, as well as working at the Royal Court and Royal Shakespeare Company. His screen credits include PC Noakes in the BBC’s ‘Call the Midwife’, Walter ‘Smokey’ Gordon in ‘Band of Brothers’, and Charles Chapman in ITV’s ‘The Lost Honour of Christopher Jeffries’.

An experienced actor, Kammy has appeared in numerous theatre productions with the Royal Shakespeare Company and the Peter Hall Company, performing at prestigious venues such as the Bristol Old Vic and the Globe. On television, he played Mujahid Haider in ‘Ackley Bridge’, and has appeared in ‘Doctor Who’, ‘Casualty’ and ‘Coronation Street’.

Trained at the Bristol Old Vic Theatre School, Richard has made a number of television appearances on children’s shows such as ‘The Mysti Show’ (CBBC) and ‘Sir Gadabout: The Worst Knight in the Land’ (CITV). He has also appeared in shows such as ‘Pie in the Sky’, ‘MacGyver’ and ‘Drop the Dead Donkey’, while his film credits include Terry Jones’ ‘The Wind in the Willows’ and ‘Great Expectations’. On stage, he has toured with the Birmingham Stage Company, and directed and performed in many productions of his own plays.

Rosie Armstrong (The Countess & others)

Rosie has had a diverse career, appearing in theatre productions such as ‘Henry V’, ‘Fluid R&D’, and ‘This Land’. On television she is known for her appearances in ‘The Change’, ‘Jack & Dean of All Trades’ and ‘King Gary’.

Damian trained at the Webber Douglas Academy in London, and is a well-known actor and voiceover artist. He has appeared as Benjamin in ‘Eastenders’, as well as in episodes of ‘Giri/Haji’, ‘Casualty’ and ‘Coronation Street’. He has provided voiceovers for many video games including ‘World of Warcraft: Battle for Azeroth’ and ‘Total War: Warhammer III’.

This gifted cast will be walking the boards at Marylebone Theatre in A Sherlock Carol from 18 November 2022 to 7 January 2023. If you’re looking for fun West End shows in London this season, don’t miss it – book your tickets today!