Introduction to the Cast of Tom, Dick and Harry 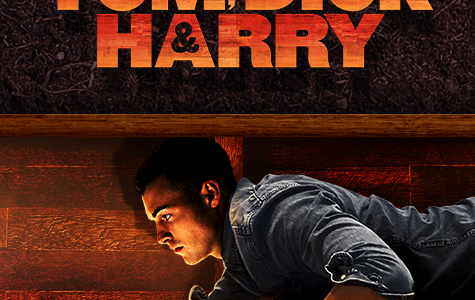 The cast has been announced for Tom, Dick & Harry, a World War 2 show in London with a script inspired by top secret information that was classified in the war archives until 1972. Opening on June 26, 2022 at Alexandra Palace Theatre London, the show tells the sensational WW2 story of the great escape from Stalag Luft III, a Luftwaffe-run prisoner of war camp in Nazi-occupied Europe. Documenting one of the most intricate, most audacious escapes in history, the great escape play in London will have you on the edge of your seat. So let’s take a look at the performers.

The company includes Sam Craig, a talented performer who studied Acting at the Liverpool Theatre School from 2018-2021. His other theatre credits include Wild Wing Doves (Sign Your Name) at Above the Stage Theatre London.

David Fairs brings a host of experience to the production of Tom, Dick & Harry. He trained at the Royal Central School of Speech and Drama and has since wracked up a number of theatre credits including The Strange Undoing of Prudencia Hart, Tiger Country, As You Like It, Hamlet, I Know You Of Old and more.

After receiving classical training at the Lithuanian Academy of Music and Theatre, Andrius began his acting career on stage at the National Kaunas Drama Theatre, and in 2017 completed his MA studies at East15 Acting School in London. His theatre credits include Hamlet, A Midsummer’s Night Dream, The Imaginary Invalid, The Beggar’s Opera, Three Sisters, Twelfth Night, The Comedy of Errors, Pericles, Ghost Stories and Deep Night Dark Night (Shakespeare’s Globe).

Perry trained at the Bristol Old Vic Theatre School before landing roles in numerous theatre productions such as Pride and Prejudice, The Merry Wives of Windsor, The Jungle Book, The Old Curiosity Shop and more. Perry’s television and film credits include You Don’t Know Me (Netflix/BB).

As part of the creative team, Andrew has developed and written Tom, Dick & Harry along with Theresa Heskins and Michael Hugo. From an idea that started over three years ago, we are now able to see the show come to fruition. Andrew will also play Lederman/Wings.

Since his training at the Drama Centre London, Dominic has appeared in Kenneth Branagh’s Macbeth, One Man Two Guvnors in the West End, and A Month in the Country at the Gate Theatre in Dublin among others.

Eddy’s theatre credits include Comedy About a Bank Robbery (Mischief Theatre’s tour and West End).  Eddy is a graduate of the Acting BA at Arts Ed Drama School.

Combining the beauty of theatre with a real-life prison escape, Tom, Dick & Harry is unmissable.