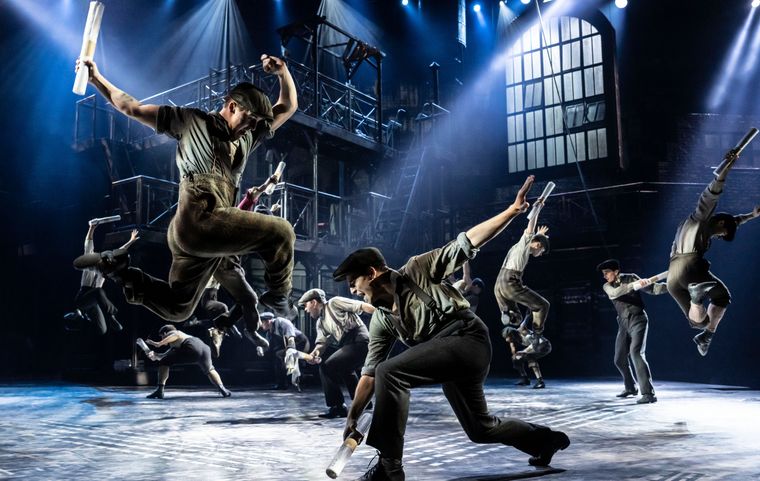 When it was first created for the big screen, Disney’s Newsies was something less than a success. So much so, in fact, that it was pulled from many cinemas following a poor opening weekend, and in 1993 songwriters Alan Menken and Jack Feldman won a Razzie Award for Worst Original Song - an award the Oscar-winning Menken is famously proud to have received.

However, the lacklustre critical acclaim and the Razzie weren’t the end of the story for Newsies. In 2012 the Newsies Broadway musical made its debut at the Nederlander Theatre, intended for a limited run. Such was its success that the run was extended until 2014, and the positive reviews poured in. Entertainment Weekly called it a ‘winning, high-energy musical for family audiences’, while the Hollywood Reporter praised its ‘appealing cast’ and ‘inspirational storytelling’. The tables certainly seemed to be turning.

Then came the 2012 Tony Award nominations, and the Newsies play found itself with no fewer than eight nominations, for awards including Best Direction of a Musical, Best Scenic Design of a Musical, and Best Performance by an Actor in a Leading Role in a Musical (for the show’s original Jack Kelly, Jeremy Jordan). It went on to win two awards - for Best Choreography (Christopher Gattelli) and Best Original Score Written for the Theatre (Alan Menken/Jack Feldman).

That same year, the musical was nominated for six Drama Desk Awards and seven Outer Critics Circle Awards, with choreographer Christopher Gattelli and musician Alan Menken winning in their categories for both awards.

In 2013, the Newsies score, which had been released on CD, was nominated for the Best Musical Theatre Album at the Grammy Awards, and actor Lewis Grosso was nominated for Best Young Actor in Live Theatre at the Young Artist Awards.

After over 1,000 performances on Broadway, the Newsies musical closed on August 24 2014, and began a successful tour of North America, beginning in October 2014. Initially expected to play in 25 cities, the tour was so popular that it ended up playing in 65 cities across the US and Canada, totalling 784 performances and ending in October 2016.

Now, Disney’s Newsies has come to the UK and is being presented to West End audiences in a whole new way. Playing at the Troubadour Wembley Park Theatre, the production is staged in the round, bringing audiences even closer to the action, and creating an immersive experience that is truly unforgettable.

The musical has been met with the same enthusiastic praise as its Broadway counterpart, with Marianka Swain of London Theatre describing it as ‘thrillingly immersive’ with ‘a simply jaw-dropping series of routines’. Time Out’s Alice Saville, meanwhile, notes its ‘undeniable energy’ and ‘knockout’ choreography, courtesy of Matt Cole. The only question that remains is: Are there further awards on the way for this UK version of the production?

Newsies is playing until 16 April 2023 - book your tickets online with KX Tickets today.