The Best Lines from Peaky Blinders 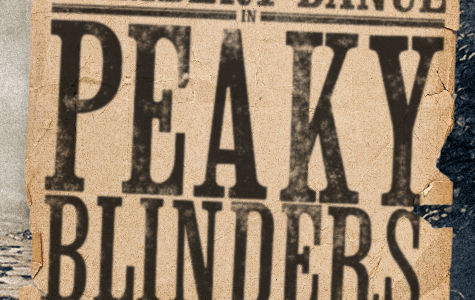 Following the misdeeds of Thomas Shelby and his family-run gang, Peaky Blinders has become one of the most popular crime shows on TV. The Story of Peaky Blinders has also been adapted for the stage, with a new theatre dance show appealing to fans of ballet combined with underworld criminal activity. It’s quite the spectacle.

There’s no doubt that the Peaky Blinders dominated the streets of Birmingham with their underworld activities in the late nineteenth century, but which lines from the show are the most memorable? Let’s check out some of the best.

Who can forget who gang leader Thomas Shelby boldly declared, “I don’t pay for suits. My suits are on the house or the house burns down.” Only a much-feared criminal with a strong hold of the city would be able to get away with such a remark.

Here are some of Shelby’s other standout quotes:

“… An independent dance company, dedicated to bringing dance to the people”

“Everyone’s a whore, Grace. We just sell different parts of ourselves.”

“I’m not a traitor to my class. I’m just an extreme example of what a working man can achieve.”

“I have made arrangements with men I trust. If I should die, then you will die. Know that.”

“All religion is a foolish answer to a foolish question.”

“I can charm dogs. Gypsy witchcraft. And those I can’t charm I can kill with my own hands.

“Today, it will be me dead or you. But whoever it is will wake up in hell tomorrow.”

“Good taste is for people who can’t afford sapphires.”

“There is no rest for me in this world. Perhaps in the next.”

The formidable aunt of main character Tommy Shelby, played by the late Helen McCrory, came out with a few corkers during her time on the series. Here are a few of her best quotes.

“Sometimes the women have to take over, like in the war.”

Speaking to Tommy Shelby, “You have your mother’s common sense, but your father’s devilment. I see them fighting. Let your mother win.”

“I will wear high heels so you can hear my approach on the cobblestones and have time to repent.”

“There’s only one thing that can blind a man as smart as you, Tommy. Love.”

“Rule one, you don’t punch above your weight.”

“Intelligence is a very valuable thing, innit, my friend? And usually it comes far too…late."

“He’ll wake up. Granted he won’t have any teeth left but he will be a wiser man for it."

"He is of mixed religion, therefore he is Godless."

Buy your London play tickets today and enjoy a Peaky Blinders dance show live on stage, created by the writer of the hit TV series.