The History of Peaky Blinders 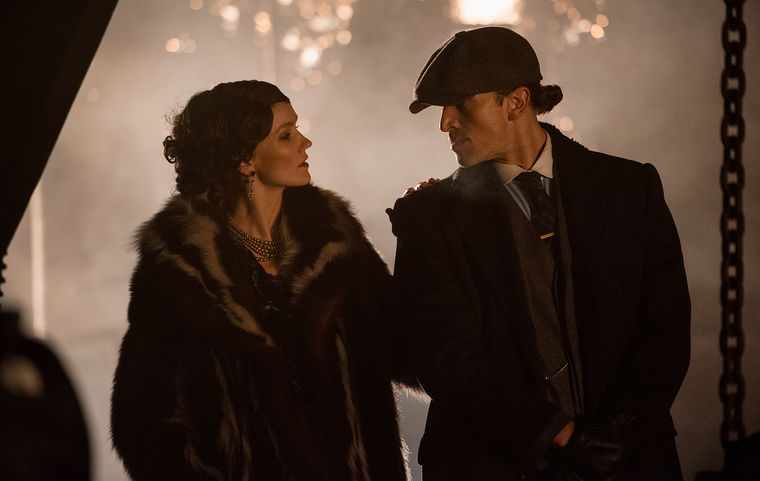 The hit TV show Peaky Blinders has proved so popular that it’s now a theatre crime play brought to life through dance. But did you know that while the Peaky Blinders production on stage and screen are fictional, the plots are based on the Birmingham underworld and the real existence of the Peaky Blinders gang which dominated the streets in the late nineteenth century? The history of this criminal organisation is fascinating. So let’s delve deeper into the details.

What inspired the name?

Created by Steven Knight, Peaky Blinders has a huge fanbase with people tuning in regularly to watch the misdeeds of Thomas Shelby and his family-run gang. But where did the Peaky Blinders name originate from? Well, the gang liked to dress smartly and stylishly. They often wore tailored jackets, silk scarves, button waistcoats and metal-tipped leather boots. They also wore flat caps and according to some, the gang’s name originated from the barbaric practice of stitching razor blades into the peak of their caps in order to bring harm to their victims - but this is most likely an urban legend. Another theory is that Peaky Blinders derives from the use of the cap to disguise their faces from the victims so they could not be identified. This is very plausible.

During the late nineteenth century, people would use ‘blinding’ to describe someone’s smart appearance. So it’s also possible that the Peaky Blinders were just well-known in The Midlands for their somewhat dazzling dress sense. The name stuck, nonetheless.

While some of the characters in the Peaky Blinders TV series are based on real historical figures (including politician Winston Churchill and rival gang leader Billy Kimber), Thomas Shelby did not actually exist. The show’s writer, Steven Knight, created the entire Shelby family from scratch and placed them at the centre of this story. That said, there’s no doubt that the show drew plenty of inspiration from the young, working class, unemployed men of Birmingham who were known for their violence, robbery and for taking control of the gambling industry.

The Rise of Thomas Gilbert

Indeed, the real Peaky Blinders gang was made up of members of a variety of ages, from as young as 12, up to the age of around 30. The various thug groups began to gain increased notoriety and eventually became organised through informal hierarchies. Leading gang members with the authority of Thomas Shelby included Thomas Gilbert, who was more commonly known as Kevin Mooney. He was considered to be one, if not the most, prominent member of the Peaky Blinders.

Set amid a backdrop of extreme poverty, Mooney helped to extend the gang’s criminal portfolio to include smuggling, robbery, bribery, fraud and also hijacking. ‘Land grabs’ were a common source of rivalry between gangs as gangsters tried to dominate specific areas of Birmingham. Postcode battles became common, as gangs tried to assert territorial boundaries which then became known and understood by the criminal underbelly of the city.

If you love Peaky Blinders, don’t miss London’s spectacular dance theatre event which delves into the story of Tommy Shelby and his gang, written by the creator of the television series.