The story behind Witness for the Prosecution 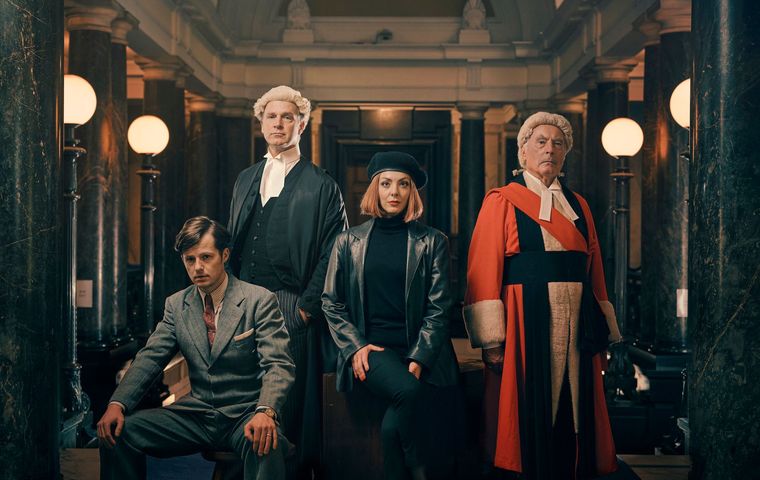 Agatha Christie is famous for her gripping tales of death and intrigue, and if you’re a fan of murder mystery plays, Witness for the Prosecution is not to be missed. A courtroom drama full of suspense, Christie adapted it for the stage herself, from her 1925 short story ‘Traitor’s Hands’.

First performed in London’s Winter Garden Theatre in October 1953, the play now returns to the capital, offering a brand new experience for theatre-goers. The plot unfolds in the magnificent surroundings of London County Hall, bringing the audience closer than ever to the intensity and drama of the story.

Let’s take a look at the story behind Witness for the Prosecution, one of the most celebrated mystery plays in London.

In the original story, 33-year-old Leonard Vole stands accused of the murder of Miss Emily French, an elderly, single and wealthy woman with whom he has recently made friends. Things aren’t looking good for Leonard when we meet him, as the testimony of Miss French’s maid, Janet Mackenzie, puts him with the old woman on the night of the murder.

Things get worse when Mr Mayherne, Vole’s lawyer, speaks to his Austrian wife, Romaine. Instead of providing a solid alibi for her husband, as he might hope, Romaine tells Mr Mayherne that Leonard came home later than he claimed, with blood on his coat and a confession on his lips. She tells Mr Mayherne that she hates Leonard, and that they are not, in fact, married. She says that she’s actually married to an Austrian man who is in an asylum. The day before the trial, Leonard Vole’s defence is looking very bleak indeed.

Then, just when it seems Leonard is headed for the hangman’s noose, Mr Mayherne receives a letter from a mysterious Mrs Mogson, who claims she can prove Leonard’s innocence and his wife’s deceit – in exchange for 200 pounds. Mr Mayherne goes to interview her and a plot to frame Leonard is revealed, with Romaine at the centre. Mrs Mogson produces love letters from Romaine that are addressed to a man named Max. One details her plan to lie about Leonard in order free herself from him, and Mrs Mogson suggests that far from being home when her husband returned, Romaine was in fact at the Lion Road Cinema with Max.

This is confirmed by an employee of the cinema, and when the trial begins, Mr Mayherne is convinced of Leonard’s innocence and Romaine’s lies. He passes the love letters on to the counsel for the defence, hoping it will be enough to discredit her testimony.

See Witness for the Prosecution in London

One of the most critically acclaimed murder mystery shows around, Witness for the Prosecution is playing at London County Hall on Southbank until March 2023. Performances take place from Tuesday to Saturday at 7.30pm, with matinees on Thursday, Saturday and Sunday. Don’t miss this exciting courtroom drama – book your tickets with us today.