The true story of The Great Escape 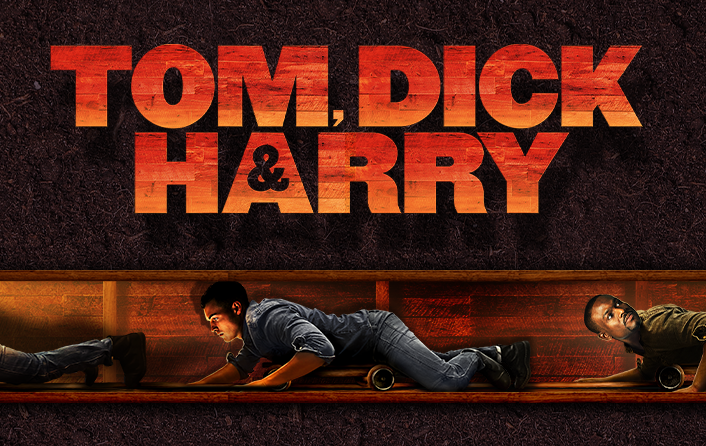 The sensational story of World War II’s greatest escape attempt is now playing in the round at the Alexandra Palace Theatre, London. Made famous in the 1963 film The Great Escape, starring Steve McQueen, the now infamous escape from Stalag Luft III prisoner of war camp is being told in all its glory on the stage, with acrobats, rousing music, and a script inspired by information that was classified until 1972.

Located in Nazi-occupied Poland, Stalag Luft III held thousands of Allied prisoners of war, and was considered near impossible to escape from. This, however, didn’t deter Squadron Leader Roger Bushell, who cooked up the plan for a mass escape in spring 1943.

His idea was to build three long, deep tunnels, code named Tom, Dick and Harry. Over 600 prisoners were involved in the construction of the tunnels, and contrary to what The Great Escape would have us believe, few U.S. airmen were involved – and those that were got transferred to a different camp months before the escape.

The tunnel named Tom was discovered before completion and dynamited. The location of Dick’s exit shaft was cleared for camp expansion, so digging had to be halted there. That left only Harry. After a year of construction, Harry was completed in March 1944, dug to a depth of 30ft (9m) to stay out of range of the seismograph microphones that were placed around the camp to detect tunnelling. The exit was in the woods at the northern edge of the camp.

Once the tunnel was complete the escapees waited for a cloudy, moonless night, which came on 24 March 1944. They were divided into three groups, the first of which was dressed in civilian clothing or uniforms acquired from guards through bribery and blackmail. They even had ID papers, having managed to get their hands on a camera. The second and third groups were given less convincing clothing, some hoarded rations, rudimentary maps and passable travel and work permits.

At 8.45pm on a freezing cold night, the first man entered the tunnel. After a long crawl, he and his comrades discovered the exit was blocked with snow, and it took over 90 minutes to open it again. Upon clearing the exit, they discovered Harry had not been built long enough, and popped up close to a sentry tower. But the men’s ID papers had been stamped, and a delay wasn’t an option.

A host of issues meant that only one man every six minutes could escape, as opposed to the intended one every minute or two. By 5am, only 76 men had exited the tunnel, and the 77th was spotted by a German guard. The Nazis initiated a man hunt for the missing prisoners, with only three of the planned 200 escapees ever making it to freedom.

If you’re fascinated by the daring and ingenuity of this notorious WWII escape attempt, don’t miss Tom Dick and Harry, the acclaimed prison escape play in London. Book your tickets today!