Tiger day: Children’s things to do around London 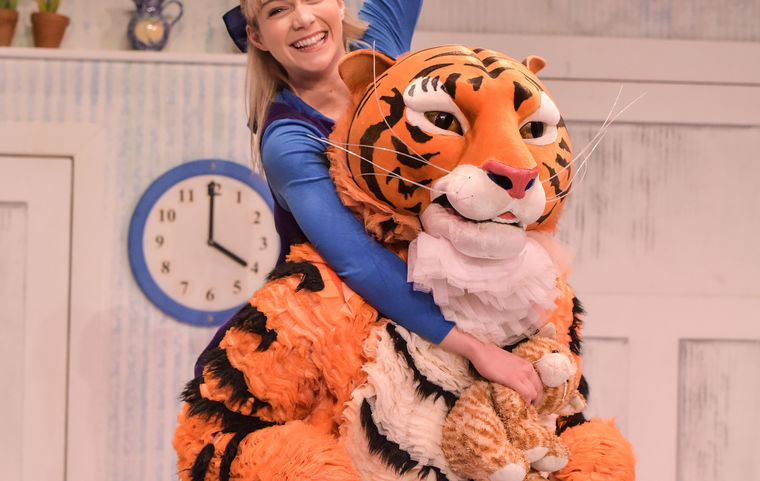 International Tiger Day is held on 29 July each year, and celebrates these beautiful and powerful creatures. Unfortunately, loss of habitat, hunting and other factors have led to tigers being critically endangered, with only a handful of animals left in the wild. International Tiger Day raises awareness of the striped cat’s plight – and you can get involved. Here’s how you can celebrate if you’re in London.

Do a little bit of learning

If you love tigers but you don’t know an awful lot about them, the first thing to do is brush up on your tiger facts. There are plenty of sources online that can give you information about these fabulous cats and the worldwide projects that are helping to slow their decline. You can even donate to help out – but if you’re under 18 don’t forget to ask an adult first.

Discover The Tiger Who Came to Tea

Playing at the Theatre Royal in Haymarket until 4 September, The Tiger Who Came to Tea is a fun-filled and magical tiger show in London that’s ideal for kids. With a couple of showings each day, it’s perfectly timed for little ones, and lasts just 55 minutes with no interval. The production is full of sing along songs and clumsy chaos, and is sure to delight the whole family.

Spot tigers on the streets

After taking in The Tiger Who Came to Tea kids’ play in London, why not go on a tiger hunt through the streets? Of course, you won’t find real life tigers, but there are plenty of artistic representations about. For example, Charing Cross tube station has large reproduction of Henri Rousseau’s famous tiger adorning its wall, while the Old Street area in Finsbury has a mural that pays homage to William Blake’s poem Tyger Tyger. Then there’s the Tiger pub in Hackney, which has a giant tiger mural painted on the side of the building.

The Victoria & Albert museum has among its collection a rather curious and somewhat grisly artefact, known as Tipu’s Tiger. It’s an almost life-size model of a tiger mauling a European soldier, and dates back to the late 1700s. It was made for Tipu Sultan, who ruled Mysore in South India during this time, and had a fondness for all things tiger themed. What’s really clever about the model is that inside the tiger is a small pipe organ, which can be played by turning the handle and produces noises intended to mimic the soldier’s dying moans. We said it was grisly!

Finish off with face paints

Back home after a busy and fun-filled day, why not round things off by trying your hand at some tiger face painting? Find a picture or tutorial online and paint your own face, or have a go at a tiger pattern on family or friends.

Don’t miss the chance to see The Tiger Who Came to Tea, a top children’s show in London this summer. Book your tickets today!