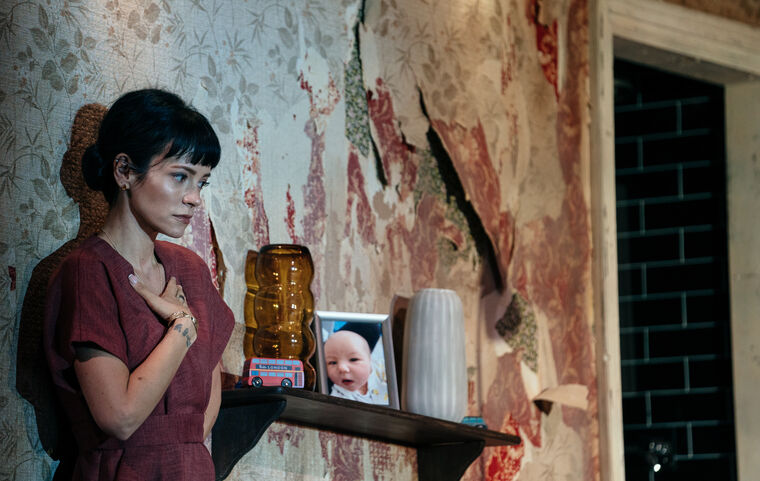 “THERE’S SOMETHING IN OUR HOUSE. I HEAR IT EVERY NIGHT, AT THE SAME TIME."

We all love scary ghost stories.

And we’ve all had our very own ghost experience through film, tv (or perhaps even real life!) But we’re focusing on the written ghost stories. The ones which have kept readers around the world hiding under the covers, or looking over their shoulder…and we’re doing this in celebration of 2:22 A Ghost Story currently sending shivers down the spines of audiences at London’s Gielgud Theatre.

‘The Shining’ by Stephen King

A classic in the genre of scary novels, Stephen King’s ‘The Shining’ was busy putting the fright into people’s reading lives long before the movie catapulted it into literary and cinematic fame.

You’ve probably already seen the movie, but if you haven’t picked up the book it’s worth it to experience the novel which inspired to film franchise.

‘Interview with the Vampire’ by Anne Rice

A 200-year-old vampire, Louis de Pointe du Lac, tells his story of grief, murder, lust and of course, vampires, to a reporter. From America to Eastern Europe, this is a journey of love, loss and revenge. A modern classic.

‘The Call of Cthulhu & other stories’ by HP Lovecraft

Written in 1926, this short story published in an American fantasy magazine, it was described as an “ambitious and complex...a dense and subtle narrative in which the horror gradually builds to cosmic proportions" . We can’t think of a higher recommendation for this story of voodoo cult which will make the hairs on the back of your neck stand up.

‘The Signal-Man’ by Charles Dickens

Not his most famous ghost story, but we’re giving this first-person narrative a shout out in case you wanted to read something new from this much-loved author. It tells the story of a signal-man who is visited by a ghost predicting a tragic event on the railway.

‘The Amityville Horror’ by Jay Anson

Wrapped up in controversy for allegedly telling the real-life experiences of the Lutz family who are subjected to terrifying paranormal activity following the murders of the previous occupants, this novel has gone down in modern literary history. It generated so much interest that the original Amityville house was renovated and address changed to stop thrill seekers from visiting the property.

Paid just $10 for this short ghost story, Allan Poe gives his own contribution to gothic literature with this tale of murder, hatred and greed. Perfect if you’re looking for a quick ghost fix before you turn out the light.

‘The Exorcist’ by William Peter Beatty

The iconic film may have overshadowed the novel, but we’re putting this in the list as a must-read if you class yourself as an ultimate fan of horror. Based on real-life exorcisms which took place in America in the 1940s, this absolutely spine-chilling story centres around the exorcism of Regan MacNeil conducted by two priests. Not for the faint hearted.

If this list of spine-chilling stories has inspired you further to indulge in a little fright night of your own, there’s still time to catch 2:22 A Ghost Story in the heart of the west end right now!

Following a record-breaking run at the Noel Coward Theatre, this intriguing, funny and scary play will have you questioning do ghosts really do exist?