Bring It On! - The Musical 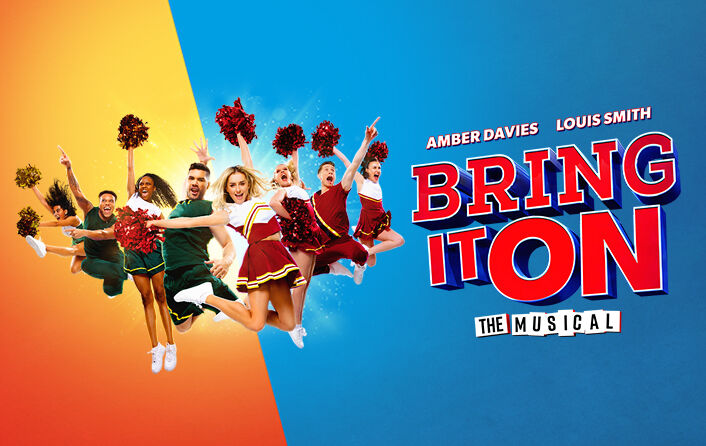 Inspired by the film of the same name, Bring It On: The Musical takes you on
a high-flying, high-energy journey tackling friendship, jealousy, betrayal and forgiveness – wrapped up in explosive choreography and tricks. Cheer-royalty and newly crowned Squad Captain, Campbell (Davies), should be embarking on her most cheertastic senior year at Truman High School. When she’s forced to move to the neighbouring hard-knock Jackson High, Campbell fears her life is over. But an unlikely friendship catapults Campbell back into contention, with a powerhouse squad and the fire to achieve the impossible.

The largest arts centre in the UK and one of the nation's top five visitor attractions. Seeking out the world’s most exciting artists, from household names to fresh new talent, and give them space to showcase their best work.

Waterloo (Northern, Bakerloo, Jubilee and Waterloo & City lines) is 200 metres away. Embankment (District and Circle lines) is 600 metres away. The nearest stations are Waterloo, Waterloo East, Charing Cross and Blackfriars.

Face coverings are currently required for entry to our buildings, and must be worn throughout your visit, including during performances and in our galleries, shops and foyers. The only exceptions to this are for those who are exempt from wearing face coverings, children under the age of 11, and when you are eating and drinking.
If you arrive at the Southbank Centre without a face covering, our Visitor Experience team will be happy to provide you with one. If you are exempt from wearing a face covering, please advise a member of the team upon arrival.

From Tuesday 14 December, in order to enter our buildings, all visitors over the age of 18 should arrive prepared to present a Covid Pass or equivalent.

Doing so is easy and can be done in one of the following ways:

Double vaccination
Status provided by Covid Pass via the NHS App or NHS website, letter via the NHS website or by calling 119, or a vaccine card and photo ID, or internationally recognised equivalent. Or

Documentation to prove a negative PCR or lateral flow test has been taken within 48 hours of your visit to the Southbank Centre
Status provided by Covid Pass via the NHS App or NHS website, or confirmation email and/or text message via the NHS self-report tool or by calling 119.