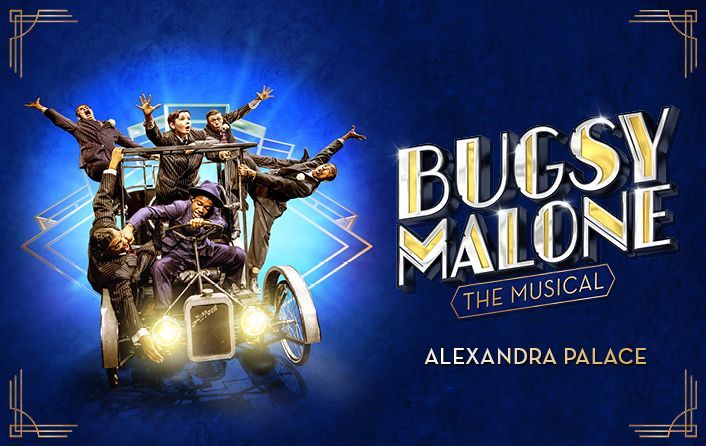 Alan Parker’s world-famous movie which launched the careers of Jodie Foster and Scott Baio, becomes a spectacular theatrical experience for the very first time on tour in this revival of the universally acclaimed Lyric Hammersmith Theatre production.

Prohibition era, New York. A city full of mobsters, showgirls and dreamers. Rival gangster bosses Fat Sam and Dandy Dan are at loggerheads. The custard pies are flying and Dandy Dan’s gang has gotten the upper hand since obtaining the new-fangled “splurge” gun. Now, Fat Sam and his bumbling buffoons are in real trouble!

Enter Bugsy Malone, a penniless one-time boxer and all-round nice guy. All Bugsy really wants to do is spend time with his new love, Blousey, but will he be able to resist seductive songstress Tallulah and stay out of trouble long enough to help Fat Sam to defend his business…?

Packed with instantly recognisable songs from Oscar winner Paul Williams including My Name is Tallulah, You Give a Little Love and Fat Sam’s Grand Slam, Bugsy Malone is a joyously uplifting masterclass of musical comedy.

Alexandra Palace Station is located at the Wood Green entrance to the Park. A regular train service with Great Northern runs direct from Moorgate, through Highbury & Islington or from Kings Cross, changing at Finsbury Park.