Casting Announced for The Windsors: Endgame at the Prince of Wales Theatre 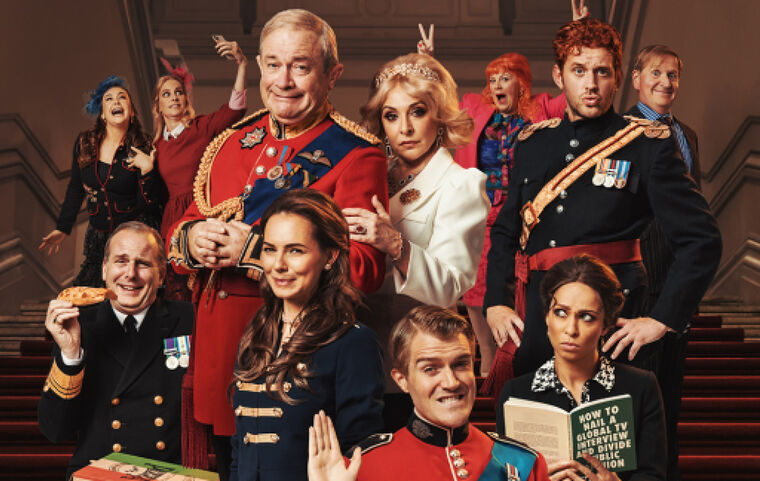 Following the announcement of the World Premiere of George Jeffrie and Bert Tyler-Moore’s joyous stage adaptation of their huge Channel 4 hit The Windsors, The Windsors: Endgame, producers Runaway Entertainment are delighted to announce casting for the show.

"The show will be extremely funny, very silly and in the worst possible taste." Prince Charles AKA Harry Enfield.

Crystal Condie said "I can’t wait! It’s going to be the best thing on since Suits."

Matthew Cottle said: "I am delighted to be returning to the role of Prince Edward, this time on stage, (his natural home), so he can really show off his full repertoire of accents and funny walks."

Tom Durant-Pritchard said: "I’m looking forward to bringing Harry to the stage and getting back to a diet of crisps and lager."

Tracy-Ann Oberman said: "After the past miserable year we have all had, I can think of nothing better than joining the riotously funny cast and crew of The Windsors: Endgame to bring a huge satirical belly laugh for audiences at The Prince Of Wales Theatre. Just the thought of playing Camilla P B in the Dallas-meets-The-Crown world that will appear on stage is making me smile."

"As a staunch republican it's a huge surprise to suddenly find myself in line for the throne. I'm truly honoured to be granted an audience with comedy royalty King Harry Enfield and the rest of The Windsors." Ciarán Owens (Wills)

Jenny Rainsford said: "I cannot WAIT to welcome people back to the West End with these searing insights into the backstage operations of the modern British monarchy."

"My first time on stage since the St Andrews graduate fashion show!! I’m so delighted to be joining this fabulous cast and becoming Princess Catherine." said Kara Tointon

"How far is Pizza Express, Woking, from the Prince of Wales Theatre? I do love an after show pizza." Prince Andrew, The Duke of York, AKA Tim Wallers.

Like all good soap operas, this is the story of intergenerational conflict, with Wills challenging his father for the crown and Camilla determined to see him off and rule the land with an iron fist. Wills needs Harry and Meghan’s help if he’s ever going to triumph – but will they come back from California and their authentic life with their rescue chickens? And how will Beatrice and Eugenie ever clear their father, Prince Andrew’s name?

Written by the creators of the TV series, George Jeffrie and Bert Tyler-Moore, directed by Michael Fentiman (Amelie), and featuring songs, sword fights and snogging competitions, this show has everything you need to beat the lockdown blues!

The show, which will open on 2 August with a press night on 10 August, features set design by Madeleine Girling, lighting design by Jack Knowles, sound by George Dennis, costume design by June Nevin, music by Felix Hagan and casting by Stuart Burt CDG.