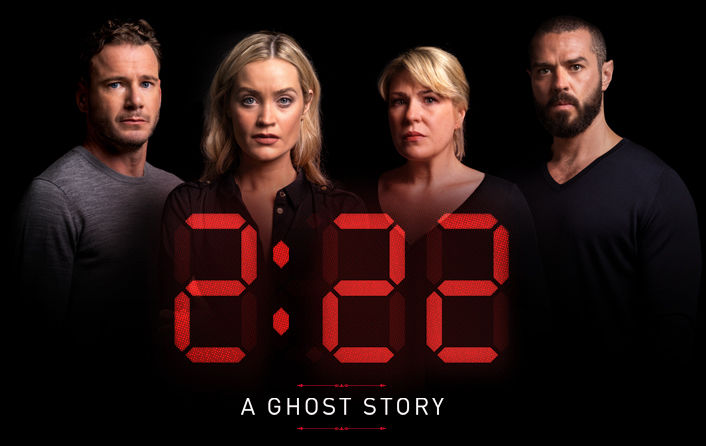 The West End theatre event of the year returns this summer by popular demand. Featuring Laura Whitmore (making her West End debut), Matt Willis, Tamsin Carroll and Felix Scott. until 8th January, this edge-of-your-seat, supernatural thriller is now on at the Criterion Theatre.

2:22 is written by award-winning writer Danny Robins, creator of the hit BBC podcast The Battersea Poltergeist, and is directed by Matthew Dunster. Look out for the clues to unlock the mystery in this brilliantly funny and intriguing play; it’s an adrenaline-filled night where secrets emerge and ghosts may or may not appear… What do you believe? And do you dare discover the truth?

The cloakroom is currently closed due to security and Covid-19 secure considerations.  Consequently they are unable to accommodate large bags or suitcases and advise patrons to bring with them only essential, handbag size, bags.  There are a number of left luggage facilities in the Piccadilly Circus area -  location, availability and pricing information can be found through an internet search for local companies.

There are bars situated on the Dress Circle and Stalls auditorium levels.  Drinks may be taken into the auditorium and staff can offer assistance purchasing beverages if customers are unable to access the bar areas.  You can also pre-order via the CrowdEngage pre-show text sent out on the day of your booking to pre-order for at seat service.